Badger & Dodo is my favourite coffee ever. Although they’re based in Cork, they have a cafe in Galway I’ve wanted to visit since finding out about it.

Last time we were in Galway we arrived after it had closed,but this time as we spent the night there we got to go both days, although the first day we only just made it with enough time to get a coffee to-go (I appreciate that their takeaway cups are compostable) and look around for a minute. They close pretty early compared to other cafes who tend to stay open until 6pm.

Conveniently located by the bus station station, the cafe should be a first stop for anyone arriving in the city. 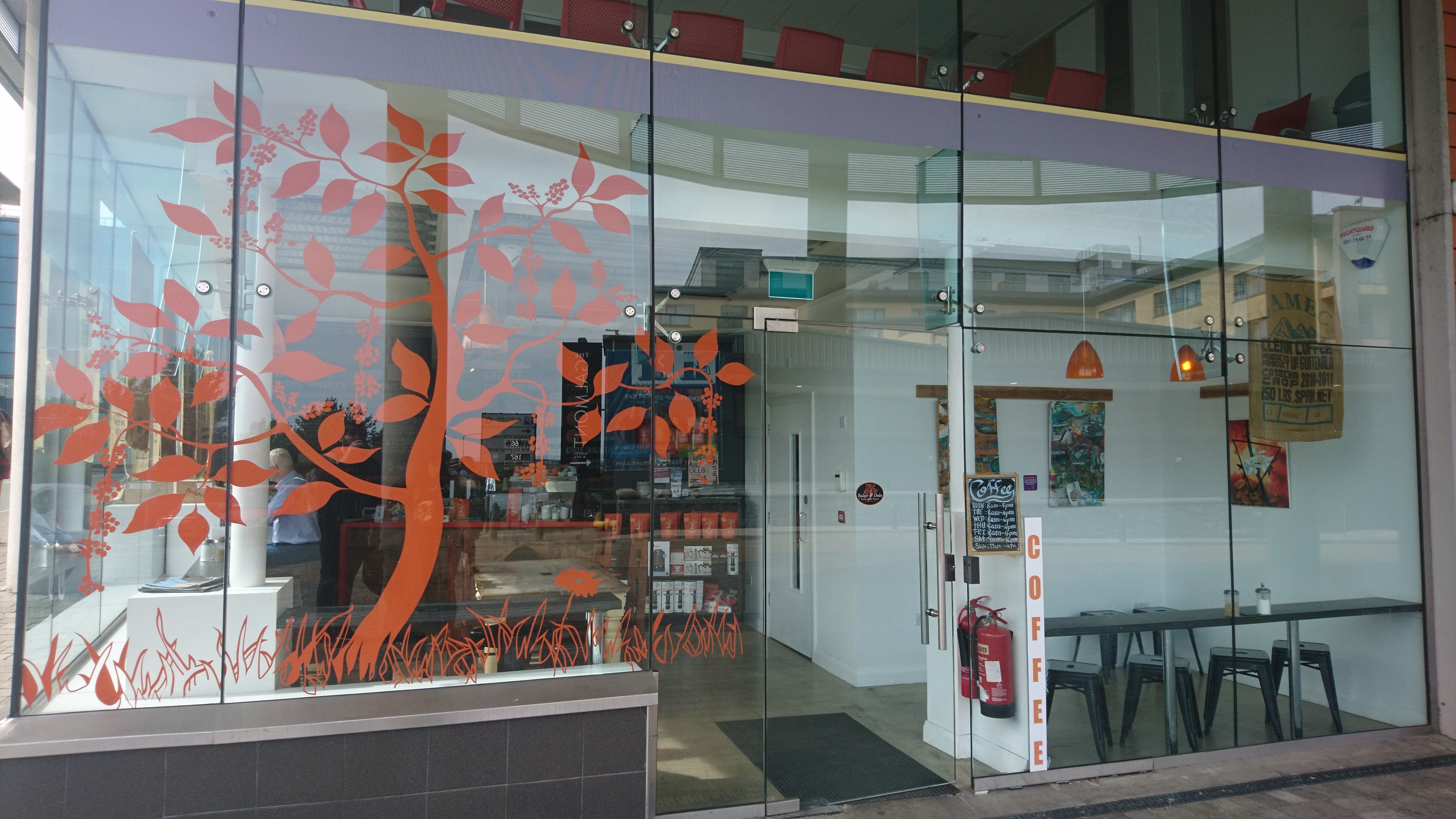 The first day, I got an oat latte. For anyone vegan or dairy free, oat milk (especially Oatly) is by far the best alternative to milk in coffee. It froths better than other dairy alternatives and has a very mild flavour so it doesn’t overpower the coffee. Badger & Dodo has a stronger, richer flavour than other beans so the latte was the perfect wake-me-up after a long bus ride that felt like being trapped in Satan’s armpits.

The next day I got a mocha, also made with oat milk, as a throw back to my old favourite cafe which is where I originally discovered them. Due to their stronger flavour, Badger and Dodo makes the best mochas as the coffee and chocolate perfectly complement each other without either flavour being too overpowering. It was like a throwback to being 17 again where I drank so many I’m surprised I didn’t OD on caffeine.

The cafe is a little smaller than I expected, but the fact that most of the building is glass means that it doesn’t feel cramped. The orange colour scheme and decor of coffee bags was a nice touch.

I impulse bought a handmade flower pot they were selling, and it’s made a cute home for my new cactus.

The staff were also really nice, and they had a great selection of food available too. I really liked all the unique scone variations they had like apple and coconut. Overall, I’ll definitely be visiting again next time I’m in Galway.

You can read about my experience in a Tim Horton’s cafe here and the time I tried the strongest coffee in the world.

0 thoughts on “Visiting the Badger and Dodo Cafe in Galway”