Disneyland is on everyone’s bucket list, and although this wasn’t my first time there, there was still so much I wanted to do. I went to Disneyland Paris during their 15th anniversary, and still have a coin from it, so it was fitting to be back for 25 years of Disneyland Paris. I don’t think going to Disneyland one time before I die is enough, I want to be there all the time! Here’s 5 magical things on my Disneyland bucket list. 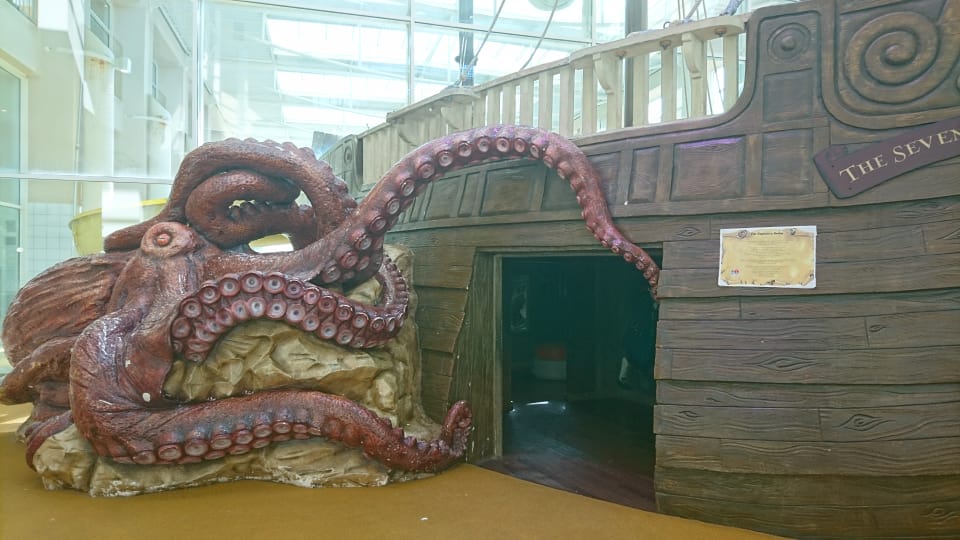 Explorers was the hotel I stayed in the first time I went with my family. I loved it so much I vowed to come back. When I first stayed At World’s End was just out, so walking into a pirate-themed hotel was heaven on Earth for me. The staff are dressed as pirates, there’s a ship with a kraken on it, and the rooms are sailor themed too.

We had a good time in the hotel but it was bittersweet. As a kid, I had so much fun climbing on the ship, in the play area. I actually had a better time in the hotel than in Disneyland itself! Of course, as an adult I couldn’t do those things but I’m happy to have gone back.

My only complaint was that the food wasn’t good. A lot of places claim to cater to all diets and then you get there to find that the vegan options is just fruit. We had breakfast included and although the fruit was nice as it was locally grown, there were no dairy alternatives. I had to eat bread which tasted bitter completely bland. We ended up asking the Starbucks in Disney Village for a cup of almond milk so we could have cereal for breakfast the next morning (which they charged €2.85 for). The dinner buffet was €26 and wasn’t nice either. I got rice that tasted like cloves and put a lot of fruit in my bag to compensate. I’d stay there again but I would get cereal and dairy-free milk in the airport and have breakfast in the room. I’d have dinner in Disneyland the next time because it was abysmal. 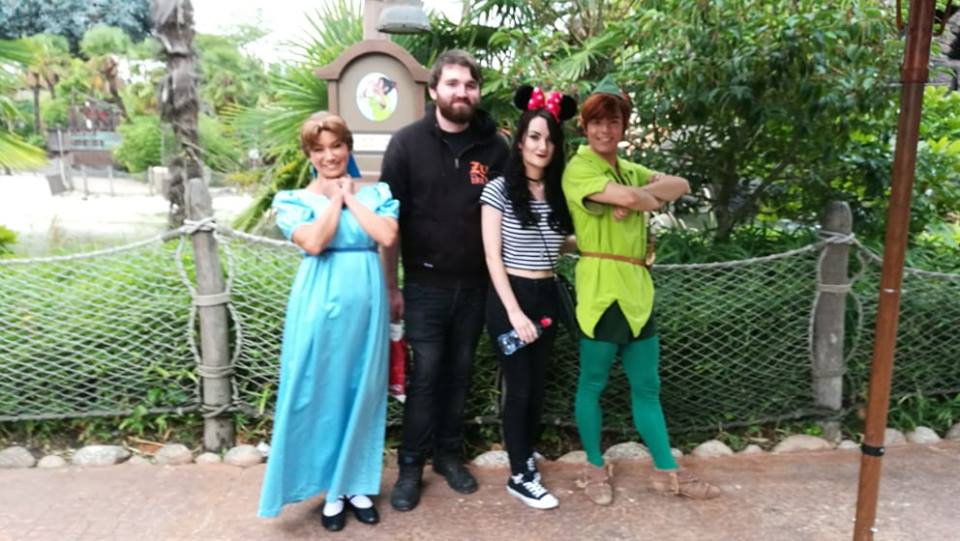 I adore Peter Pan, and watch the movie every year before my birthday. I live by not wanting to grow up. Back when I was still in Tumblr on 2013/14 there was a big phase where people loved the guy who played Peter Pan in the California park, and the Peterpandom formed. I loved how pure it was and have wanted to meet Peter ever since.

The first day in the park – I had a “Never Grow Up” vest on. I was embarrassed to queue as we were two adults with no kid but changed my mind only to go back to not be allowed queue because the meet and greet was ending. We came back the next day and waited two hours to meet Peter and Wendy. No one else actually seemed to have queues as long as Peter’s so I think he’s probably the rock star of Disneyland! They were both really nice, and Peter even noticed my Pirates of the Caribbean necklace so it was worth the wait.

Go to a carnival at night

I love carnivals, fun fairs, theme parks, and they’re even more beautiful at night (and the queues for rides are shorter). Disneyland is the carnival of carnivals. It’s so beautiful at night, and main Street even looked little Christmas-y. The rides closed at around 9:30 – despite the park closing at 11 – but there’s usually shows to compensate. The fireworks in Disneyland Paris are pretty unpredictable so we were back in the hotel the first night and could hear them, and there weren’t any at all the second night but I’m not too bothered because I saw them the first time I went.

The only thing better than Disneyland at night, would be Pixar Pier at night which is very much like an old school carnival, but is of course, a Disney attraction.

What’s left to do on my Disneyland bucket list: 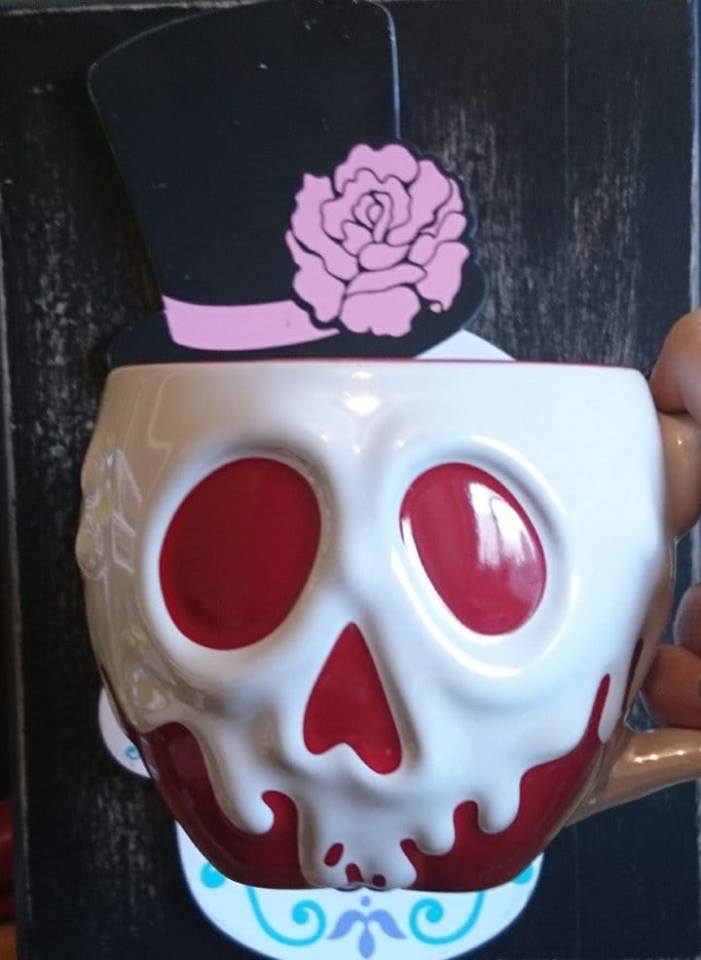 As seen on my Halloween Bucket List, I have to go to the Disneyland during Spooky Season!

I was hoping for some Halloween stuff in the gift shops. We saw that people had found stuff on Instagram but there was nothing when we got there. It was so disappointing  considering the fact that the gift shop by Space Mountain (which I refuse to call Hyperspace Mountain) had Christmas stuff! The gift shop by Indiana Jones had a handful of the original character plushies in Halloween costumes, and the Pirates of the Caribbean gift shop had poison apple mugs but that was really it.I’m not even counting the Nightmare Before Christmas merch because that seems to always be out. I’m very jealous that Disneyworld Florida already has the Halloween decorations up, but one day I’ll definitely be in Disneyland during their Halloween festivities. The catacombs were too busy for us to get in as it was our last day and we were worried about being late to the airport, so a Halloween trip to Paris is in order!

I’d say go during the Halloween season might actually be number one on my Disneyland bucket list, or at the very least is tied with meeting Peter Pan. 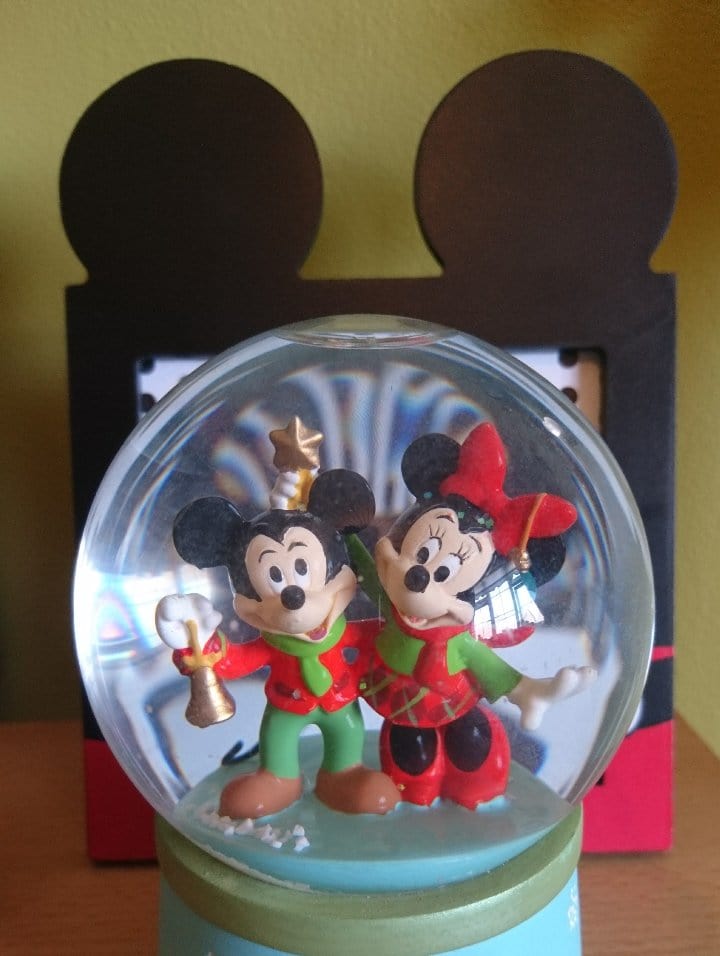 Although I’d be much more excited for Halloween Disneyland I’d be happy to go for Christmas too! As I said, Main Street looks very Christmas-y at night so I’d imagine it’s even more beautiful with the Christmas decorations up. Disneyland during Christmas probably the best way to get into the spirit, as it’s already so magical every other time of year!

I’d also love to go to Disneyland California to see Pixar Pier, and all the other attractions!

Do you have a Disneyland bucket list? Or any Disney things to do before you die? Are there any characters in Disneyland you just have to meet?

9 thoughts on “5 Magical things on my Disneyland Bucket List”