Warning: Eating disorders will be discussed in this post

I went to the companies Instagram and was concerned to see only positive comments, and left one voicing my concern for those with eating disorders exploiting the product. I checked back to find that my comment had been deleted! 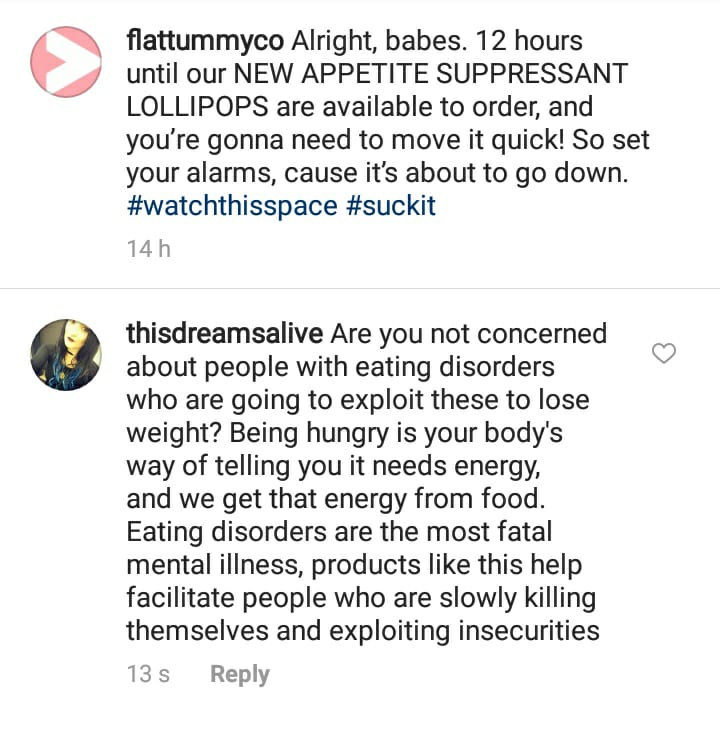 They also have meal replacement milkshakes which Kourtney Kardashian promotes for them. Skipping meals and trying to suppress your appetite to lose weight (with exceptions being people on medications with side effects such as increased hunger) are worrying symptoms of eating disorders. They suggest having two shakes a day so their ideal meal plan is one meal a day, two milkshakes, and appetite suppressants! That sounds a lot like anorexia to me.

The fact that Flat Tummy Co deleted my comment, instead of defending their position, or even just leaving it there, is proof that they don’t care about the health of their customers. I suspect others probably left similar comments to mine and had theirs removed too. It turns out they block people too so I’m fairly sure I’m blocked. I got some satisfaction form them using the forum on their website to try communicate as I want to write an article about it, but surprise surprise, they ignored me,

People with eating disorders such as anorexia, bulimia, osfed/ednos, and orthorexia are bound to use these products for all the wrong reasons. Bulimia is characterised by laxative abuse, and many “detox”, “skinny” or “fit” teas are just glorified laxatives. Anyone with anorexia or symptoms of it would find ways to suppress their appetite, which makes this product a dangerous one.

The Kardashians/Jenners are considered to be some of the most beautiful women in the world with millions upon millions of followers, and tons of young impressionable girls looking up to them and trying to imitate their looks. Kim Kardashian has been heavily criticised for promoting the product. 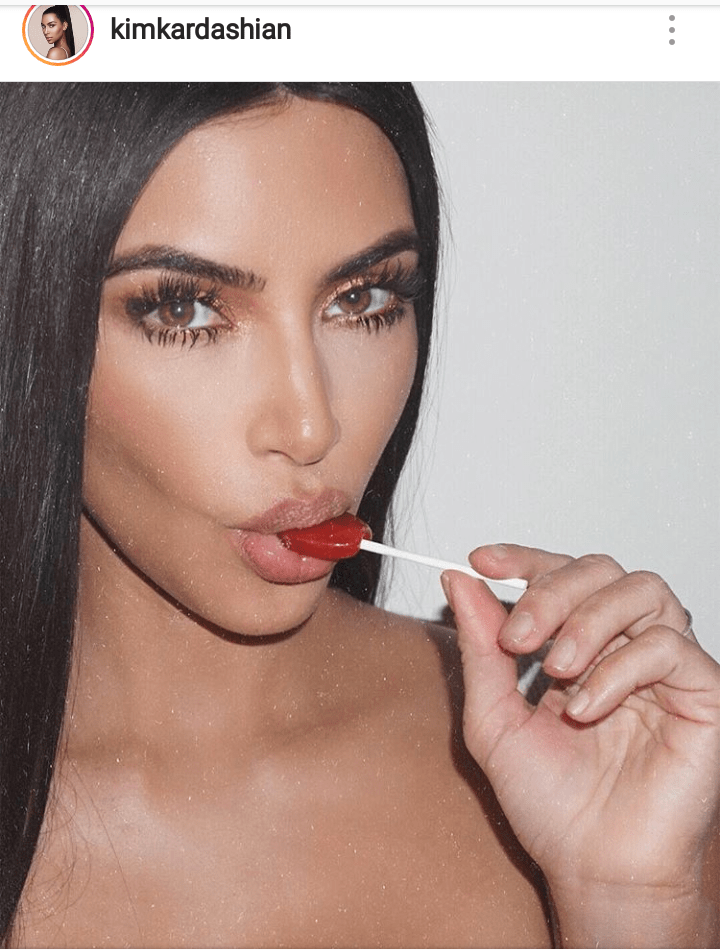 Instagram is usually, if not always, bad at dealing with situations like this but for a moment I thought they cared about their users, as the post effectively promoted disordered eating which can be classed as self -harm, I should have known not to get my hopes up. I’ve reported animal abuse, posts promoting sexual assault, male nudity – seeing as godforbid a women has a nip-slip so obviously female bodies are somehow more inappropriate and in need of policing, and self-harm; all of

which Instagram had no problem with. Twitter on the other hand has plenty of issues but any time I’ve reported something (usually homophobia) they have actually done something about it.

It’s reckless to promote this product as it suggests having an appetite is a bad thing. Being hungry is our body’s way of telling us that it needs energy, and we get that energy from food.

Eating disorders are the most fatal mental illness. Companies such as this one, and the celebrities who work with them, need to be mindful that a portion of their customers are struggling with these illnesses. I just hope this product doesn’t become someone’s first step in developing an eating disorder, and causing irreparable damage to their body or worse; dying of it. I’m not being petty or dramatic –  that’s how serious they are.

Stay Strong if you have an eating disorder, and take care of your mental health.