Harry Potter Hogwarts Mystery is the latest instalment in the Wizarding World.

Back when Pokemon Go was in all the range, it was announced that a Harry Potter mobile game with similar premise would come out. Instead of Pokemon there would be a Fantastic Beasts version.

The game actually  came out a few months after and went over the heads of most Harry Potter fans. We were aware there was going to be a game, but by the time it came out, the hype over Pokemon Go or the desire for a Harry Potter version, had died and basically it flopped. Given that it came out the same month as the movie, it should have complimented the release well but didn’t.

More recently, Harry Potter: Hogwarts Mystery came out, and again, there wasn’t a Pokemon Go like hysteria surrounding it. All of my friends adore Harry Potter, and no one batted an eyelid, I’m sure half didn’t even know it was a thing. I found out about it because on every website I use, especially Instagram, I was bombarded by ads for it.

I decided yesterday to give it a try. What is Hogwarts Mystery

At first Hogwarts Mystery seemed a lot like what we had hoped Pottermore would have been. When Pottermore first came out, myself and many hoped it would be a MMORPG (Massively multiplayer online role-playing game), like Runscape. I wanted a game where you create an avatar and explore the wizarding world and Hogwarts. Instead you just got a username you don’t want, and will never remember and go through Harry’s story like an eBook. The house, wand, and patronous quizzes were the only highlights. It’s a wonderful encyclopedia of information but overall, it was a disappointment.

The game filled the void Pottermore failed to fill but it has it’s issues. 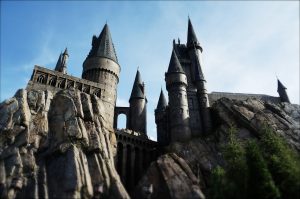 The most frustrating thing is half way though something, you have to wait for your energy to refill. I was wondering why they give 3 hours just to get though one flying class, but when my energy ran out in the first half and I had to wait almost 20 minutes just to get enough energy to “listen” to another character in the class, I got frustrated. I wouldn’t mind waiting one minute for one bit of energy, but 4 minutes is a bit excessive when you need a few to do one simple task. It drains your phone battery pretty fast, despite spending so much time doing nothing.

Hogwarts Mystery is a clear example of the company hoping people get impatient and just buy things to speed the process up. They didn’t care enough to create an enjoyable gaming experience. I understand that they need to make money, but I think they could have found another way.

They were very when it came to sorting you into your house, and just let you pick. It would have been a good idea to at least let you link your Pottermore or have the Pottemore quiz in the game. Some elements were also lazy; you befriend another student, Rowan who is a watered down Hermoine, Merula’s basically a gender-bent Draco, and Ben is your Neville.

It was also weird than Dumbledore felt the need to tell students that Harry would be coming to Hogwarts soon. I get that they wanted to make it clear the story is set after Voldemort’s initial rise to power but before Harry came to Hogwarts. They could have just put a date somewhere. Due to the fact that Bill Weasley and Tonks are students at the time, most fans could deduce the time period anyway. Did Dumbledore say that every year before Harry came? 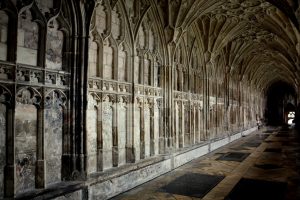 I do like the story and that’s why I didn’t just uninstall it after the first 10 minutes.  You’re the sibling of Jacob *insert your last name here* who supposedly “went crazy, disgraced his house, went missing and may have joined He Who Shall Not Be Named” so of course, a large chunk of the game centers around wanting to solve the mystery.

Overall, Harry Potter Hogwarts Mystery is not a bad game, but it definitely has too many flaws holding it back. If you were disappointed with Pottermore, you’ll enjoy this more but might get sick of it after a week.

That said, sometimes I think it’s time for the franchise to end. 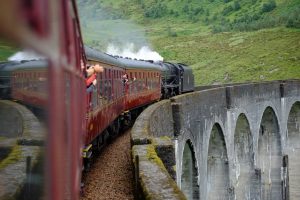 12 thoughts on “What I thought of Harry Potter Hogwarts Mystery”