I have to go to Hawaii at some point in my life, I want to see the Marrie Monarch festival, a luao, and of course – try Kona coffee.

I’m adamant that I will get to Hawaii one day, but that day is not in the foreseeable future for the time being. I took to Amazon to curb the craving to do something on my bucket list, and found a Kona blend coffee.

What is Kona Coffee?

Kona coffee is a coffee grown, harvested, and roasted in the Kona region of the Hawaiian Islands.

Only coffee from the Kona district can be called Kona coffee and it’s unique due to the volcanic soil, as this is such a small area this naturally means the coffee is quite rare and therefore expensive. Only pure Kona coffee can be called Kona coffee, due to the price and small supply, many coffee brands offer “Kona blends” which have to have at least 10% Kona coffee and the rest is coffee sourced elsewhere. I knew I didn’t want to try the real deal until I get to Hawaii in person so a Kona blend seemed like a good option in the meantime.

I got Good as Gold’s* coffee bags which were basically coffee teabags. They’re so handy. I’ll definitely be bringing them around in my bag for on-the-go. Although the packaging they come in make them look like big condoms so its gonna be awkward whipping them out in college.

It was pretty good coffee but I’d imagine it doesn’t taste just like the real deal. It wasn’t very acidic, had a deep flavour, and didn’t make me feel like I was going to have a heart attack – which is important for me as I have a very low caffeine tolerance. Given that the Kona region is volcanic I was expecting acidic coffee, so I was surprised this wasn’t super acidic. That said, this is a Kona blend so it’s only 10% Kona coffee, and the remaining 90% is sourced from somewhere else. I have no idea what real Kona coffee tastes like, yet, so I couldn’t compare a Kona Blend to the real deal.

It wasn’t the best cup of coffee of my life, but it was one of the better ones – but that standard isn’t very high as I’m not blessed enough to live somewhere with good coffee like in New York.

Another thing I’d like to note was the presence of single-use plastic in this. Although I think the coffee tea bags themselves are biodegradable, they came in individually wrapped foil which isn’t recyclable. The greener way to drink coffee is to get a big bag of wholebean or ground coffee, or eco-friendly coffee-tea-bags like these ones.

As much as I liked the coffee, the single-use plastic put me off buying from this brand again, but if I found a greener Kona blend I’d get it. 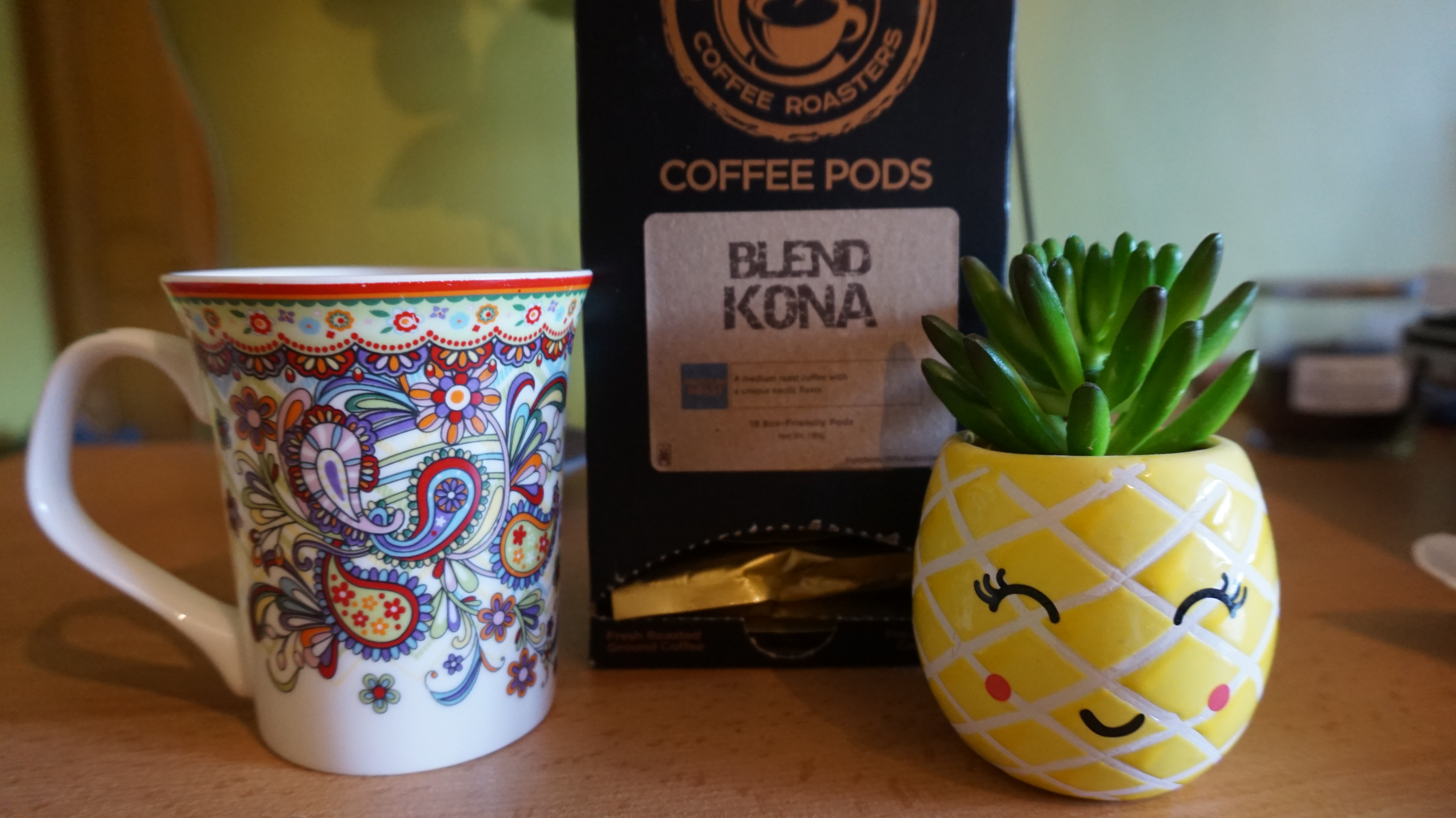 Have you ever tried Kona Coffee? Is there any kind of coffee you want to try?

*this is not a sponsored post. I bought this coffee at my own discretion.