If you have been reading my blog for awhile, then you know I love coffee more than life itself. So unsurprisingly, there is a coffee section on my Bucket List. Another thing I got to tick off my Bucket List when I was in America was going to a Tim Horton’s cafe. I know Tim Horton’s is a Canadian brand so I was pretty surprised to come across it in New York City. That said, I’m not complaining. Here’s my experience of going to a real Tim Horton’s cafe in New York:

Why do I care about Tim Hortons?

While in America I also got to try Dunkin’ Donuts which I’ve wanted to for awhile but the reason Tim Horton’s was the big one for me is that it used to be served in Spar’s instant coffee machines here and it was my favourite coffee, but then they switched to a different brand which isn’t even half as nice. The reason Tim Horton’s was so important was because I used to be able to get it here out of a machine in Spar but they replaced it with a different brand, and I miss it. 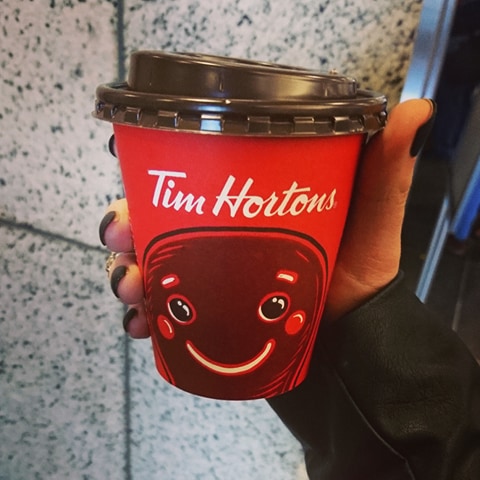 In general coffee in America is nicer, I think American’s value coffee and drink it more  than we do which is why there’s a larger variety of cafes and franchises. Ireland primarily runs on tea, and as someone who only likes the occasional herbal tea and would marry coffee, it’s quite disappointing. At home there’s really only a handful of roasters, and most aren’t actually great. Even Starbucks in America was good which says a lot because it’s terrible at home, and the rare time I do end up in Starbucks I get something drenched in syrup to take away from the burnt coffee taste.

To be brutally honest, the cup I got in New York wasn’t that great. I used to live for their lattes – but that was before I stopped having dairy – so I got a soya latte for old times sake. I think it was more the soya milk that was the problem than the coffee itself. I’ve noticed that the quality of soya milk makes all the difference when it comes to dairy-free alternatives of our favourite hot beverages. Unfortunately not many places are willing to invest in good soya milk, but I appreciate them for having soya milk in the first place. That said, I saw the carton and it was cheap. There’s so many dairy-free drinks designed for baristas, that it should be common practice.

Shout-out to the guy who served me who was really nice.

I’d still love to go to a proper Tim Horton’s cafe in Canada one day, but until then, I’m satisfied with my coffee filled endeavours. On the bright side, the cup had a cute little smiley face. 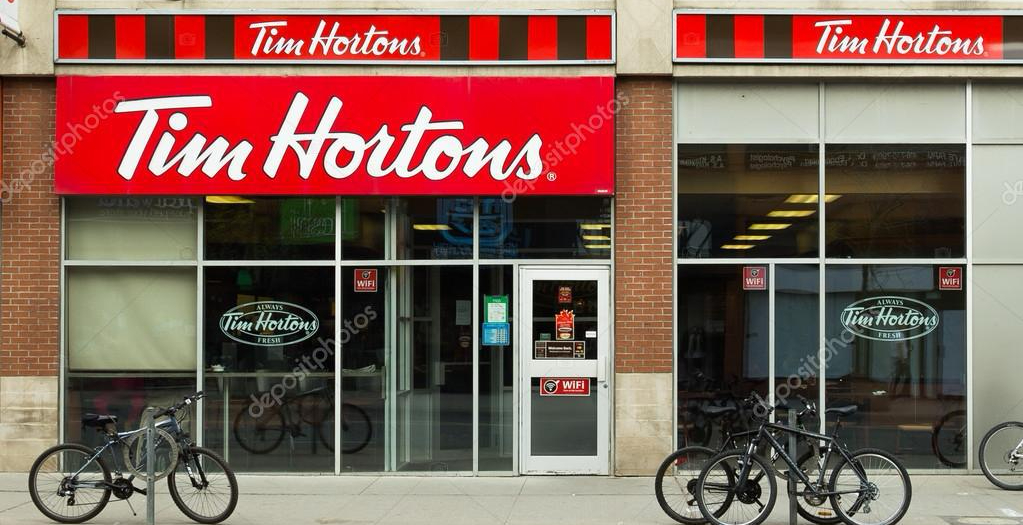