I don’t like the concept that a girl can’t be pretty and smart, or that we can’t be girly and intelligent. These things are not mutually exclusive. I do not take well to being told to be more “ladylike”, as being “ladylike” implicates sitting there looking pretty, or being a good little house wife; I have no intention of becoming those things. I want to feel pretty, but I won’t exist just to be a pretty little accessory. It’s like we can only be one or the other, a smart girl is too good for petty like things like make-up, and a pretty girl isn’t good enough for academia. Being a girl is one big contradiction; don’t be a prude, but don’t be a slut, no make-up looks lazy, but too much makes you a slut, boys don’t like it when you blah blah blah.

I don’t care what boys think of me, I am who I am for me. Like it or lump it.

I was a tomboy as a kid and hated everything girly. I was happy in jeans and a t-shirt. You’d find me in baseball hats, and runners, my knees were scratched. I hated pink. I loved Pokemon and I wanted to work with animals because I loved the Discovery Channel.

This didn’t make me “better” than the other girls, or “better” than the girly girls but it was who I was. The girliest thing I liked was Bratz dolls but instead of playing “shopping trips” we took them on all sorts of weird adventures. I also thought that being girly was being weak, and boring and unintelligent. We’re sold the idea that femininity is all about going shopping, needing saving, and boohoo I broke a nail, not about being strong or empowered. Or at least we were in the 90s and early 2000s.

I’m often in the kids section in work, and I hate that all the science, outdoor, and educational toys are in the boys section when the girls side is full of pink boxes, fake make-up kits, and even little replicas of kitchens, because hey, we gotta domesticate them young? Typically, sure boys and girls like different thing, but hearing boys tell their sisters to stay in their section while they pick up a cool spy toy makes me sad. Little girls can read about history while wearing pretty princess pink false nails, and little boys can play with dolls if they want to. However, if little girls want to be princesses that’s fine too, and boys can like dinosaurs. You do you is what I’m saying, and I also don’t want to exclude any trans or non-binary friends here too. Gender is literally a social construct with outdated and restrictive gender roles, but that’s a blog for another time.

The rare gems who begged to differ like Lisa Simpson, Belle, Elizabeth Swann, and Hermoine Granger where characters I clung to. I think I grew up to be a lot like Lisa and I’m not ashamed of that, and instead of being a damsel in distress Elizabeth became a goddamn Pirate King.

I also still hold a grudge against an English lecturer in college who said that Hermoine was the princess of Harry Potter (assuming solely on the premise that she was a girl) when Harry & Ron would have literally died in the first book if not for her. No one in the Golden Trio of Harry Potter is a “princess” in a literary sense, but maybe the closest is Ron? These women are amazing without having to become “one of the guys” – and even then, there’s nothing wrong if you are a girl who likes being one of the guys. I know they’re fictional but they represent so much. 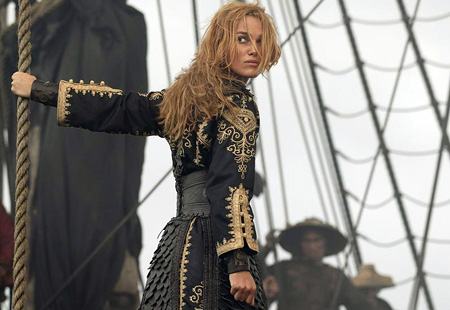 I’ve grown up to embrace my femininity and not see it as weakness. I love make-up and nice clothes, I can go from talking about Keeping up with the Kardashians to talking about politics in the space of a second. I can embrace being a girl and still be smart, strong, and valued. I still don’t like the colour pink, but that’s because I see myself as a future Morticia Addams. I still also embrace the “masculine” side of myself; like tattoos, rock music, and exercise that isn’t yoga. I swear like a sailor and wont do it if someone tells me that language makes them uncomfortable, but if you tell me not to because it’s not “very becoming of a lady” I will tell you to suck my dick. A guy I know nearly shit himself when he asked what I do in the gym and I said dead-lifting. When I was 12 and said I wanted to learn guitar I was told to maybe try piano or violin, “girly instruments”, but I was adamant that I wanted to be in a rock band and later thought myself bass – which lead to me being the only girl in the band and a whole lot of “it’s nice to finally see a female bassist!“. Those people meant well, but I would rather have been treated no different than the other musicians who happened to be guys.

However, I still get told people are disappointed in me when I “succumb” to the likes of selfies or wanting to feel & look attractive. Apparently I’m “better than that”. Sure, I like to read, I like knowledge, and politics, but that for one second does not mean that I am “above” or not entitled to also like trashy reality shows on E, or short skirts. I don’t and wont have to sacrifice my femininity to be taken seriously as a person. I’m just as valid in a pair of heels as I am in converse.

There is nothing wrong with being a girl. You are empowered, and amazing, and to quote Lisa Simpson:

“The whole damn system is wrong”