Why 13 Reasons why is a poor representation of mental health…

Warning: Suicide, and mental illness such as depression and anxiety will be discussed in this post.

My Twitter and Facebook timelines have been covered in posts about 13 Reasons Why this week. I read the book when I was 15 and was conflicted. On one hand, I was happy that the issue of suicide in teenagers was discussed, but on the other, it does a god-awful job of explaining. In fact, teenage me was so disallusioned that I when I was 17 I went and wrote my own novel about teen suicide and depression, which is yet to see the light of day. If it does ever see the world, this blog post is a promise to be much more responsible and sensitive about it if my time comes.

Bear in mind that I’m mostly basing this blog post off the book. I haven’t watched the show in whole but I’ve seen bits and pieces and picked up a lot of other’s opnions online.

Why 13 Reasons Why is a bad representation of mental health: 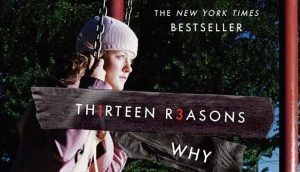 The fact that it shows how people’s actions have an affect on someone, is something I enjoyed. It teaches people a lesson about being kinder to others.

However, Hannah seems to blame everyone for her problems, and it nearly seems like she does it out of spite for those people. Furthermore, the fact that she made tapes to send to and shame people in school, but didn’t leave her parents so much as a note just doesn’t sit right with me.

The fact that the show did not put a trigger warning before Hannah’s suicide attempt is reckless. I saw that scene and it took me a solid two hours to calm back down. Not only was showing it without appropriate warnings reckless but they made the method more graphic than it actually is in the book. They did this for shock factor, not for the real mentally ill or suicidal people actually watching. It’s fairly well documented that you should not detail the methods or release suicide notes because it can increase the risk of copy cat suicides. The whole thing is bascially a glorified suicide note. Not only could they have alluded to Hannah taking her life, but at the very least, they could have left it the way it was in the book.

The reality for Mentally Ill Teenagers

When I was 15, I heard someone on TV say that teenagers that have committed suicide don’t know what they’re doing because their brains aren’t developed properly yet. I can’t argue with the fact that you’re not the most mature during the teenage years, but you’re not incompetent either. There’s a very big difference between being hormonal and being suicidal.

There’s a belief that young people are just looking for attention or being dramatic when they try to seek help for emotional issues. It’s all “young people are so whiney” until someone, unfortunately, does die by suicide and the discourse changes to “they were so beautiful. The poor thing.” Around 90% of suicides are due to mental illness, 13 Reasons Why isn’t the most accurate representation of it. Yes, sometimes it really is just a case that someone was bullied, and we need to take it serious but teenagers are not immune to mental illness. The younger someone is saying they think they’re depressed, the more concerned we should be.  The actual topic of mental illness left a lot to be desired in the book.

Mental illness does not discriminate. No matter who you are, mental illness can affect anyone. It doesn’t matter if you’re young, and in better circumstances than someone else. Depression is caused by a chemical imbalance. Some mental illnesses are hereditary. Everything in your life could be perfect, and you can still be depressed – that’s why it’s depression and not just sadness.

Destroying Hope For The Vulnerable

The part in the book where Hannah puts her last amount of hope into her guidance counsellor was a great example of young people being told to “get over it” but I think it was reckless. After that, Hannah solidifies the idea of taking her life, believing there is no help. It’s so bleak, that I worry anyone who is vulnerable reading it will also feel that there is no point trying to reach out to others.

Hannah was clearly a danger to herself in this scene. A real (competent) teacher would – or should – not have left her leave that room until they were 100% sure she wasn’t going to hurt herself. Schools, therapists etc, have rules in place for these kinds of things. They also would have had to tell someone if they thought she was a danger to herself.

In real life, that scene would have unfolded very differently. And if God forbid, something like that does play out in real life, whoever is behind it is grossly imcompetent, should be reported and appropriate action should be taken. Do not let 13 Reasons make you think that there is no point in asking for help; this is not the norm.

Ultimately, I feel like 13 Reasons Why had a lot of potential. If done differently, it could have resonated with a lot of young people. It could have helped people understand that young people’s feelings are just as valid as everyone else’s. I think Jay Asher and Selena Gomez had good intentions, it just came out wrong. Someone somewhere behind the scenes absolutely cared more about ratings, publicity, and shock-factor, than responsible story telling. I’m willing to give Selena Gomez and Jay Asher the benefit of the doubt, but there’s someone somewhere with bad intentions. They were told not to show the suicide by mental health professionals. They included it for the attention it would get, and it took them two long years to finally edit it out. Two years is too late.

In the end, I think it just perpetuates the stigma. The average person has no additional understanding of mental illness or depression after it. They might actually have just come to the conclusion that teenagers are incompetent, petty, and whiny because of it. Which isn’t true. The mental health of young people and teenagers is a very serious real thing. We can’t keep dismissing them.

13 Reasons Why is a terrible representation of mental health. Heathers is satire and it did a better job. Cyberbully didn’t go into much depth on depression either, but I’d still recommend it more. It’s less triggering, but also paints a better picture of bullying driving young people to suicide.

What did you think of 13 Reasons Why? Did you read the book, see the show, or both? Do you think 13 Reasons Why is a poor representation of mental health, or do you disagree with me?