I don’t know if anyone has ever described something like this before, a lot of people with eating disorders talk about their “eating disorder voice” telling them what they can/can’t eat. I experience that too, but I would describe this as an eating disorder attack.

What is an “eating disorder” attack:

An eating disorder attack is not quite a panic attack. Instead of having an unknown impending sense of doom of a panic attack, there’s a periods of intense fear of weight gain.

They only come after eating or if I haven’t exercised. My mind starts racing, I feel fat bubbling under my skin, and also feel any muscle or toned areas of my body are disintegrating. Logically, I know that’s not possible to happen on the spot but I still frantically feel my jawline or rib cage to check it’s still there. Sometimes I cave and frantically exercise, sometimes I fight through and eat even though I don’t want to. I’m eating right now because I’m hungry, but it’s a struggle. 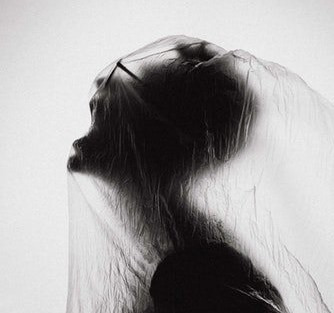 I know how awful it feels to deprive myself, I lost my period for awhile, had constant headaches, always felt faint, but the thoughts are still there, even though I know that behaviour is nothing but destructive.

Just because you are weight restored doesn’t mean the eating disorder is gone. I’ve been battling this for years and while my weight has fluctuated, I’ve never been severely underweight. I came close to my smallest size again a few months ago but I’m not at the moment. The relapse doesn’t mean I’m not trying to recover, it shows that it’s not an upwards journey like we wish it was.

I have days where I barely notice my eating disorder, and days where it consumes my every thought. Those are the days where my anxiety is through the roof and the even healthiest of foods are full of guilt and no amount of exercise is enough. 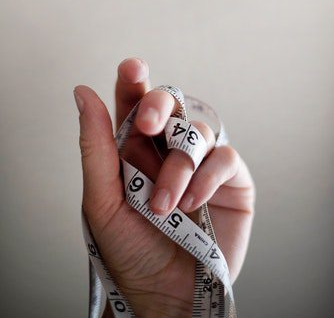 One day I hope to be mentally free of my eating disorder. People would tell me at my smallest that they want my figure, but no one wants to endure the misery an eating disorder brings.

A few hours after these “attacks” I actually feel fine. However the time I spend in one is something I would never wish on anyone. In bad patches they can happen with every single meal and missed workout.

I don’t want this to be a self-pity blog. I’m strong, I fight things, but I want the cold hard truth of eating disorders out there so people understand.
Maybe I’ll never be 100% free, but I want to work towards being as free as possible.

Here’s how I Mind My Mental Health.

If you’re struggling with an eating disorder, please reach out to Beat or Bodywhys.