I feel like orientation day was yesterday yet I’ve just finished my first year of college. Sub-editing and Design taught me to avoid cliches (Sorry, Colin), but the year honestly flew by, especially the second semester. It’s not often that I get personal here, but it’s been quite a year and perhaps I can pass some wisdom onto those poor unfortunate Leaving Certs soon to be Freshers or at least amuse someone with these anecdotes. UL taught me more than how to reference and where the best coffee is on campus and these are some of those things.

Here’s the 15 life lessons from my first year in university. 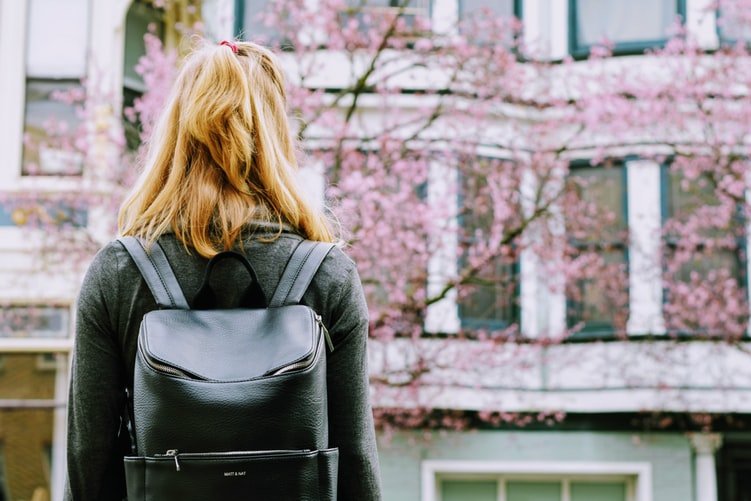 Do not go in hungover and/or still drunk

Ah yes, the drunken college student stereotype, I thought I learned this Freshers week when I wanted to die in my second ever Sociology lecture. However, when you still feel like you’re in a different world in Stables the next morning -and not even a hot chicken roll is fixing it – then you know you fucked up.

I didn’t go out much or at all during semester one, so when asked at the start of semester two I jumped at the chance because I wanted to live a little more, and as a result had some great nights out and got to know even better people.

Dress for the cold

The crop top and high waisted shorts may have looked good on my Instagram, but standing in the courtyard genuinely feeling like blocks of ice replaced my feet made The Academic and Hudson Taylor hard to enjoy (plus the abundance of drunk couples everywhere). Screw looking attractive, I’m bringing a blanket next time there’s a gig.

I still believe the main building is an evil scary labyrinth and remember having to be rescued from its unknown depths by friends with better direction many times. Eventually, you learn the ropes or at least befriend other people who are just as lost as you are. I find everything in relation to where it is to Red Rasin. My sense of direction is so bad that for the whole of semester one I used the “lost time” strategy which basically entailed giving myself at least half an hour to get lost and find my class. Whenever I got a little confident about where I was going the main building decided to temporarily turn into the moving staircase from Hogwarts and Lord only knows where I’d end up so I had to abide by “lost time” for the entirety of the first semester.

But if you think the main building is scary, the basement of the library will make you pee your pants

I wanted to curl up in the corner and call my mam – it was like a sterile, modern version of the labyrinth from Labyrinth (there’s the Bowie reference) – everything looked the same, it had that weird hospital smell, and there was no signage. I don’t care what’s down there: never again.

I have a weird talent for beer pong

I never win but I absolutely nail the first few shots so for a few minutes everyone is impressed and I look cool. Then I get cocky and usually it’s that one remaining cup from the other side that I just cannot get the ball to go in, but the first impression is the most important, right?

Start your assignments early, go to class, do the readings, take advantage of your tutorials. If your lecture is so unbearable that you cannot bring yourself to go: do the readings, take note of what you think will come upon the exams, get the lecture notes, and message anyone who went to see if anything important was said. You’re in college to learn, and doing all that saves you from having a mental breakdown during Reading Week.

I actually want to be a journalist

Let me explain, I have heard so many stories about people who picked a course genuinely believing that it would take them to what they want to do with their lives only to get to college and loath it (which kind of makes the whole Leaving Cert experience seem kind of futile then). The first few weeks – or rather semester – wasn’t my finest so I feared I’d join the ranks of dropouts who no longer know what to do with their lives (which there is nothing wrong with – don’t waste time doing something you hate!) I don’t like everything about my course, but from writing, interviewing, and covering events in An Focal I realised that I can’t wait to do this with my life. I’m not gonna be spamming papers with articles over summer out of the necessity to build up a portfolio but rather to ward off withdrawals and because I actually want to. Although, three different lecturers and anyone who asks what course I’m doing like to remind me of the poor career prospects so… we’ll see.

I would have never in a million years even thought of going into school with no make-up on, and the good old Colours Days meant a fair amount of thought went into what I wore. I need to stress this wasn’t out of vanity, but rather the opposite. In secondary school, I felt as though my appearance would be scrutinized if I felt I didn’t look up to scratch, it seemed like there were a lot of things people couldn’t say or do without receiving some sort of backlash from peers. While I put effort into my appearance most days to feel good, you’ll still find me with no make-up on in a mismatched outfit with a bush for hair and not giving a single shit about it. The most beautiful thing is that no one else gives a shit either, and that’s not just about appearance. When it comes to pretty much anything due to the lack of cliques/groups and perhaps after gaining a bit of maturity UL certainly feels like a less hostile place to be. Of course, there’ll always be the odd asshole or two but school was like being a shark tank and college is liberating in comparison.

Things won’t go as you thought they would

I think most people go into college with a vision of what it will be like. I adored English in Secondary school (I really miss it now) and was beyond excited to continue it at Third Level.  I enjoyed writing essays and studying the likes of Poe and Shakespeare, but it soon became my least favourite subject and perhaps to the surprise of many find myself looking forward to dropping next semester. I also thought that the Literary and Music Societies would be the highlights of my college experience – and that’s not to say that they’re not great societies – but I found myself lacking interest. If you told me last year I’d end up in Krav Maga , I would have first asked you what Krav Maga is and then wonder why something that at times resembles the PE classes I used to skip would be something I would willingly put myself through. But hey, you learn how to fight people so one of these nights I’ll come in handy outside Costello’s.

I detested the first five years of secondary school, nothing can accurately convey just how much I loathed and hated those five years but come sixth year I’d finally settled in and at times didn’t want to leave. Maybe it was because of my own mental shift or things changing for the better but I quite liked sixth year (when the whole the Leaving Cert aspect was removed) . I still miss the banter with the teachers, knowing everyone, and the structure of the day. I took having a locker for granted too.

Four years is not a long time

I recall my first year of secondary school passing far to slow for my liking, to be honest, every year but sixth year felt like an eternity. I am frightened at how fast this year went, if they all go this fast I’ll be out in the real world pretty soon so savour it.

A large part of why I wanted to go to UL was for co-op and Erasmus, this was at a time when I could not wait to get out of here and a year didn’t seem long enough for me. Having grown to love Limerick, and realising that all my friends will be going off in different directions at different times and will be missing about 10 people at once. I’m sure and hope I’ll enjoy co-op and Erasmus when my time comes but I won’t be running to the airport like I thought I would.

Karl Marx and feminism are everywhere

In at least five different modules Karl Marx and feminism were mentioned, sometimes both of them several times in the one class. Sure, I can tell you about class struggle and his strong beard game, or about the three waves of feminism but if the same thing happens next semester I spy a new drinking game on the horizon (I joke, my QCA actually matters next year).

If you’re starting first year this September brace yourself for a whole new world. I’m already terrified and excited for what second year will bring.

If you’re in college, or finished your education, what did you learn outside of academia?

While you’re here, why not have a read of the life lessons from second, third, and fourth year? If coming home for summer is difficult, you might find some of these tips helpful.