There are a lot of bands I want to see live, but there are also a few musical places I want to see too, as well as special events. From festivals to a rock n’ roll cruise ship, this is the essential music bucket list for rock, emo, and alternative music fans.

1. See The Rock And Roll Hall Of Fame, Cleveland, Ohio: 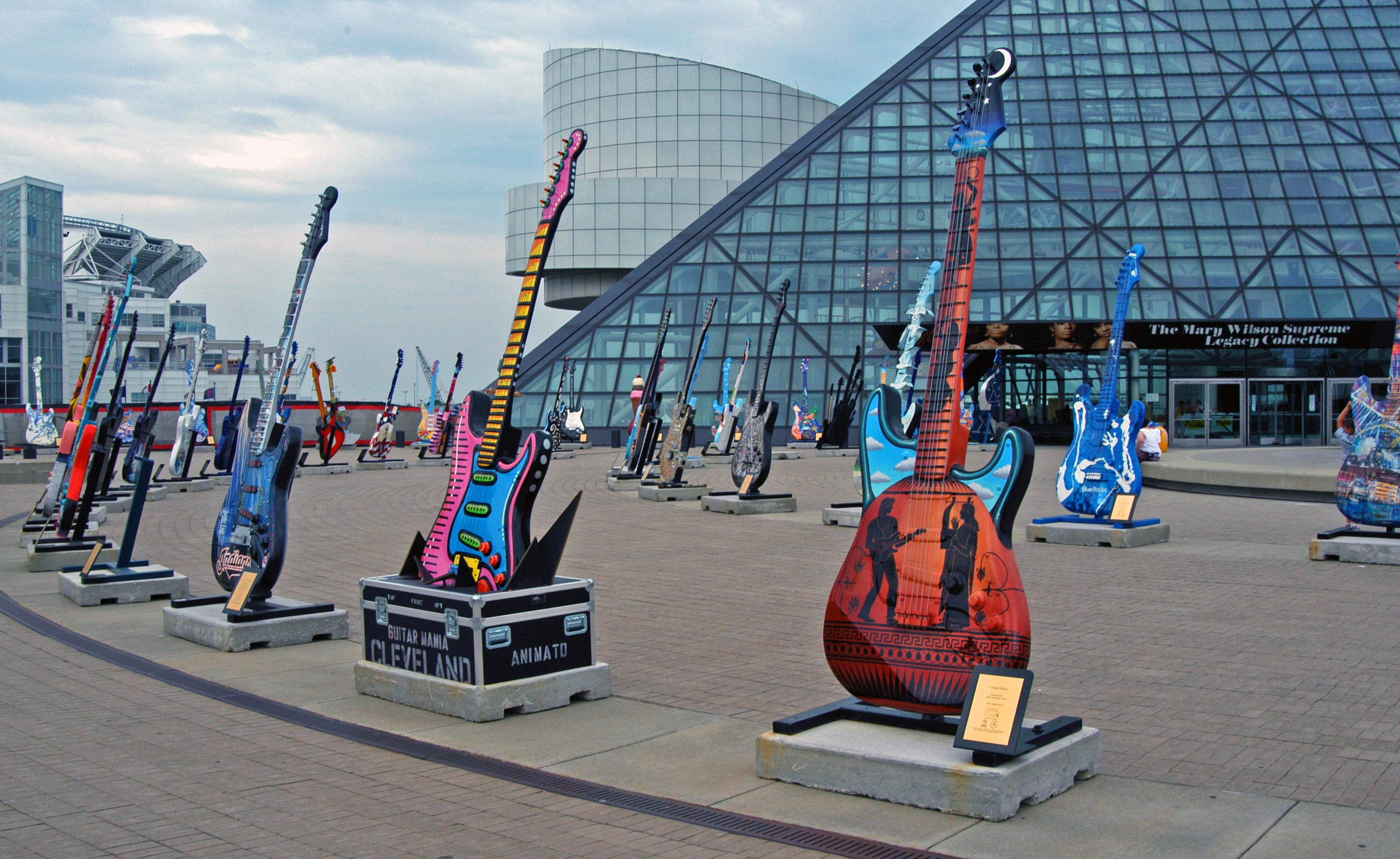 The Rock and Roll Hall of Fame pays tribute to all the legends. Events, artists, and those who influenced the genre are paid homage here. Ohio may seem like a random choice for a location you might expect to find in New York or LA. However, Ohio bided for the museum-like other states did and won out due to massive public support (and big bucks from Cleveland).

I’d be looking for the Beatles, Bowie, Queen, ACDC, Nirvana, Joan Jett & The Blackhearts, and Green Day exhibits. I would be annoying to go with, be it fangirling over clothes Joan Jett wore or the excessive Tenacious D references I’d make even though they went to the Rock and Roll History Museum in Hollywood in the movie, which doesn’t exist in real life. I think the Rock and Roll Hall of Fame is a decent substitute.

I happened to be in Dublin during “Beatles Weekend” in 2013 to commemorate the 50th anniversary of their Irish show in 1963. Authentic suits worn by the band were on display in Arnotts. I’ve never been so close to greatness in my life. Except for that time, I got to hang out with The Edge.

It would be a dream to be in the Hall Of Fame, but maybe that’s a stretch.

I only heard of Shiprocked recently and immediately added it to the music Bucket List! It’s a rock cruise from which this year went from Miami to Mexico. Shiprocked has been running for six years. It sounds like heaven on earth; concerts day and night, drinking rum while staring out at the horizon, and playing on the beach in Mexico.

This is ideal if you don’t like festivals. There are all the fun parts about a festival without sleeping in a tank, and eating hotdogs on sticks for a weekend.

This will be my heaven when I die, with Captain Jack Sparrow on the helm.

This is quite similar to Paramore’s cruise – Parahoy! It depends on if you’d like four days or Paramore, or if you like the Shiprocked line-up more and want some variety. Either way, good bands on a ship sound like heaven!

Okay, maybe it’s emo paradise, but I still want to go, as I’ve said before. There are lesson lab tents where you get lessons, battle of the bands between locals, shows (obviously), meet & greets. I’ve always said that I’ll be a Warped Tour roadie if journalism fails me.

Warped Tour was basically a roaming festival where you see a bunch of bands in one day, and then they move on to the next city and do it all over again.

Edit: Since this post has been published, Warped Tour has sadly ended. Unless there’s a reunion down the line, this will remain unfulfilled, leaving a significant gap in this music bucket list for rock, alternative, and emo fans, so it looks like I have to use my degree and not fall back on music. With that said, emo is very much alive. 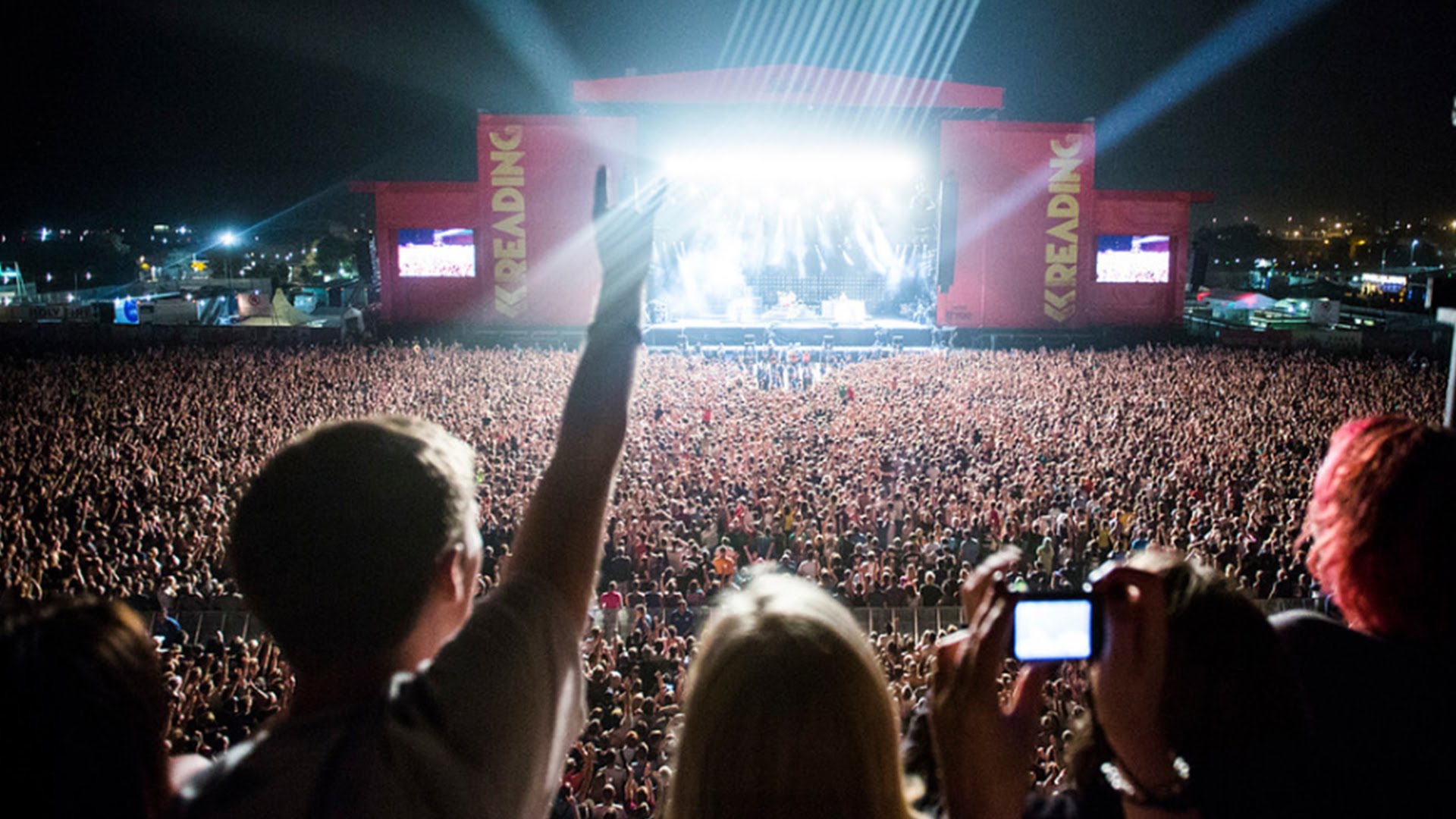 Reading & Leeds is one of the UK’s most legendary festivals, mainly because huge bands have had their most memorable sets there. Take Nirvana‘s Headling slot in 1992, for example. It used to be a straight-up rock festival, but they’ve been putting on more and more “mainstream acts” over the past few years. I haven’t loved the whole weekend lineup in a long time, so I’d be more likely to get a day ticket for a band I like.

I wouldn’t mind going to Download, but my heart belongs to Reading & Leeds.

This festival was my first love, and I religiously watch it every year on BBC. In 2011 I fell in love with Reading & Leeds when watching My Chemical Romance headlining with Brian May was my Live Aid or Nirvana Unplugged moment. Many people judge me when I say that (because they watched Nirvana and Live Aid live), but MCR is the big rock band of my generation.

What do you think of this bucket list for alternative, rock, and emo fans? Do you have your own musical bucket list*?