For a big concrete jungle, there’s something magical about New York. Perhaps it’s the music coming from Broadway and Radio City, the Disney characters walking through Times Square, the fact it’s the ultimate Christmas shopping destination or all the lights. The most magical thing about NYC in winter is the Radio City Christmas Spectacular.

The best time to go to New York is during the festive season, so pretty much the start of November through the to the end of December.

As I’ve seen the show twice (2010, and then in 2012) I’m not going to do a review of the individual shows per se, but rather an overarching experience. This is going to resonate more with what you’re actually going to see and experience if you go, because no two runs of it are the same.

Why not just see something on Broadway?

Broadway is amazing. Seeing a show on Broadway should be on everyone’s bucket list, however, you can see something on Broadway anytime of the year. The Lion King even has it’s own theatre! Broadway also host Christmas shows, like the Nutcracker, and now Frozen. However, Broadway is beloved for the likes of Wicked, the Lion King, and Les Miserables.

I think the fact that Elf was filmed in New York is a contributing factor.

Radio City have shows and events all year, but the crown jewel is the Christmas spectacular.

You’ll already feel festive by the time you arrive at the threatre if you’re walking past the Rockafeller Center and catch a glimpse at the iconic ice-rink and Christmas tree.

When it comes to Christmas in New York, seeing this show is argueably the top of the list. 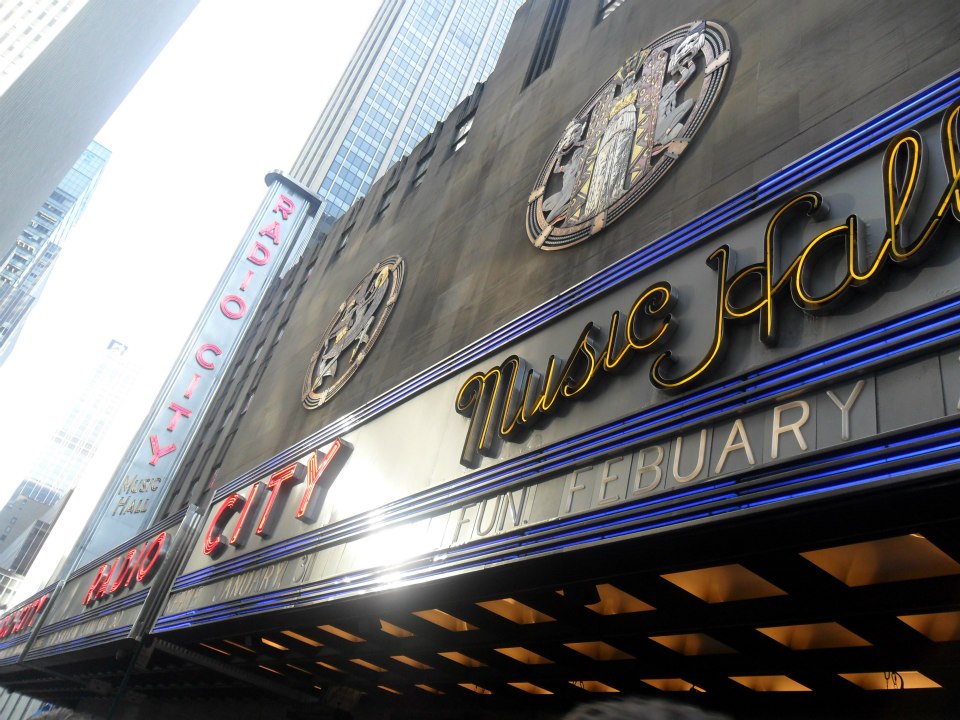 One of the best things about the Radio City Christmas Spectacular is that it changes every year. I saw it two years apart so the story was different.

It always has the same overacrhing team about family, and believing in Santa Claus etc but the main characters are always different. It’s pretty much always kids, and siblings, but it’s never the exact same. There’s always plenty of opportunities to see the Rockettes throughout the show, because it wouldn’t be Radio City without them! They’re iconic toy soilder routine has been the same since the show first opened in the 1930s! While it’s a new story every year, the most beloved moments are always the same. The Rockettes are the stars of the show, from their costumes to the breath taking choreography. In fact, even if you don’t see the Christmas spectacur, you should at least see them live before you die! That said, the kids are always spectacular too!

It’s the dream annual tradition because you’ve a new experience everyyear, with all the same nostalgia. Between both years I saw, I couldn’t pick a favourite version because the quality is just as high each time.

Things to keep in mind

They run into January, but take it from me. I saw Elf in January a few years ago, and coming out feeling festive for it to no longer be the Christmas season is a bit depressing. Both times I’ve seen this show it was November, which was perfect because New York isn’t too cold by then and it’s already very festive. I think it’s nicer to be looking forward to Christmas after the show, rather than lamenting that it’s passed. New York is also unbearably cold in January, so wrap up, or go earlier in winter.

However, if you’re on a budget then by all means, see a matinee or see it in January. I find something special about going to a show in the evening, but the 2012 show was a matinee and just as magical. New York is already crazy expensive so do whatever you need to do!

If you want good, somewhat affordable seats get some a few weeks in advance. However, this doesn’t mean you’ll miss the show. If seats don’t sell out, they sometimes have Rockettes out and about in New York City selling them. You can also show up on the night and if there’s a few left or no shows they’ll let you in, but these seats probably won’t be great.

They don’t like cameras or outside food. These pictures are from 2012 when the rebel in 16-year old me disregarded authority. No one caught me, because this was back when people still used digital cameras, but you might not be so lucky now. The food in the venue is pricy, and even the water is $4 a bottle, so maybe snack on a hot dog or a pretzel outside first. There actually was a hot dog stand right outside the last time I saw it, so you won’t need to go far!

It’s only a 90-minute show and it absolutely flies by!  There’s no intermission as it’s so short, so either pee before it starts or hold it until afterward because you won’t want to miss a moment.

What else to do to feel festive in NYC

If you’re already in New York and it’s the Christmas season, you might as well find other festive activities to do.

One day I’d love to be lucky enough to see the Radio City Christmas Spectacular once a year, or even just every two years. New York is exciting all year round, but the festive season makes it shine more than usual. No matter how many times I visit, I still never get everything I’d like done!

Have you ever seen the Radio City Christmas Spectacular? If so, what did you think?